Many of our long time customers may not recognize us with the new site but we are the same Sleepy Hollow Farm Apothecary and Soap Shoppe you've trusted for years. Thanks for your loyal support. We hope you will find the new site easier to use and much more informative!! 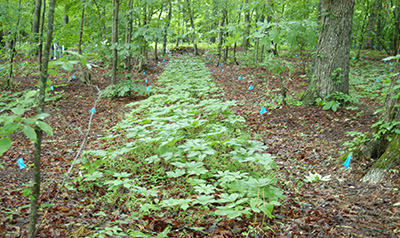 Specially formulated for your pet's skin.

No coupon or code needed. Discount will be automatically applied at checkout.

Sorry, Free Shipping is not available for International shipments

Add 1/4 teaspoon of Goldenseal Advanced Oral Care to 1/4 cup water. Swish around the mouth for about 30 seconds then spit out or if the problem extends down into the throat, swallow.

What if I am not sure if I have a Oral Thrush??

Goldenseal can have a number of beneficial effects on body function particularly during times of oral imbalance. This imbalance can manifest its self in a number of ways including mouth ulcers, oral thrush, gingivitis, and more. In many instances, it can be hard to pinpoint a specific cause.

One of the beautiful things about goldenseal is that it is not a drug and therefore does not just address one particular disease or set of symptoms. Goldenseal is a natural food that provides broad spectrum support for the entire digestive system regardless of the underlying cause.

How does goldenseal work??

First, goldenseal assists the body in maintaining healthy microbial populations in the oral cavity and the entire digestive tract. In a balanced system there are millions of beneficial microbes that perform a number of essential functions.

Our laboratory studies, as well as those of others, have shown that goldenseal creates an environment that is hostile to pathogenic organisms such as Staph., Strep., E. coli, and Candida while having little to no effect on “friendly” organisms such as Lactobacillus acidophilus. In fact, our studies indicated that at eight times the concentration required to kill Staph., there was no inhibition of L. acidophilus.

Why should I use whole plant goldenseal instead of isolated berberine??

An example, similar to conventional antibiotics, isolated berberine inhibits L. acidophilus (friendly bacteria) at the same concentration as Staph. (harmful bacteria). On the other hand, Goldenseal Advanced Digestive Support does not inhibit L. acidophilus at eight times the concentration required to inhibit Staph. even though the natural product contains almost twice as much berberine. Clearly, the whole plant product offers a protective effect to beneficial bacteria.

Another example, as a part of our USDA and NIH funded research, we observed a peculiar attribute of goldenseal leaf, there was no difference between the concentration required to inhibit normal “wild” type Staph. and the concentration required to inhibit Multiple Drug Resistant (MDR) Staph. This was very interesting considering it required 32 times more ciprofloxacin to inhibit the MDR Staph than the “wild” type. Even more interesting was when ciprofloxacin was combined with goldenseal leaf extract the MDR Staph was no longer “resistant”.

Using isolated berberine is similar to listening to Beethoven’s Fifth Symphony and only hearing the brass section. You get the gist of the music but you just know something is missing.

How were you able to do all this research??

Our leadership in the area of organic medicinal plant cultivation and processing technology has been recognized through a series of eight Small Business Innovation Research awards from USDA and the National Institutes of Health National Center for Complementary and Alternative Medicine over the past 14 years. These awards culminated in the development of goldenseal products suitable for use in NIH funded human clinical studies specifically focused on digestive tract effect.

Even though we are a small family operated farm, these awards have allowed us to foster relationships with more than 30 researchers at seven major research institutions and access to analytical equipment rivaling major pharmaceutical companies.

Goldenseal Advanced Support was specifically developed for use in NIH funded human clinical studies. It is, quite simply, the most thoroughly tested and documented goldenseal product on the market, produced with the attention to quality that only comes from a family run operation.

*These statements have not been evaluated by the Food and Drug Administration. These products are not intended diagnose, treat, cure, mitigate, or prevent any disease. This statement is required by the Food, Drug, and Cosmetic Act.

Support for this work is gratefully acknowledged from a series of Small Business Innovation Research Awards from the United States Department of Agriculture/National Institute for Food and Agriculture (USDA/NIFA) and the National Institutes of Health/National Center for Complementary and Alternative Medicine(NIH/NCCAM). The opinions expressed are those of the Author and do not necessarily represent those of USDA/NIFA and/or NIH/NCCAM.